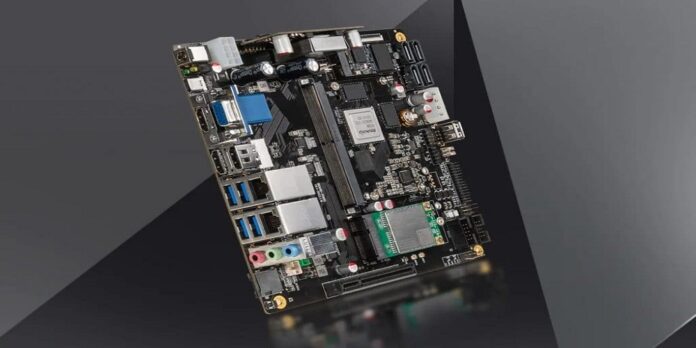 The single board computer (SBCs) is an extremely powerful and tiny device that can be customized to fit the needs of any application. These computers offer many benefits such as modularity, scalability in power consumption with its small size; they’re also affordable! This makes them perfect for critical infrastructure applications like energy grids or water plants where you need maximum performance from your system without breaking budget constraints

Single-board computers with AI co-processors are not new, but their use is still limited in today’s computing market. For example, Nvidia’s Jetson Nano is capable of running multiple neural networks simultaneously, and it consumes only 5 W. It has four GB of RAM, a microSD card for storage, and multiple USB 3.0 ports. It also features multiple GPIOs, making it a great choice for small-scale AI applications.

A SBC can qualify as an AI and DL training platform and computational framework if its chipset includes the right accelerators and software. Modern AI-based SBCs are often packaged with ML, DL, and Computer Vision libraries to make their use easier. Some examples of these libraries include sci-kit-learn, OpenCV, and OpenVIDIA. Another example is OpenGL, which is a standard for rendering 3D computer-generated objects.

Single board computers (SBCs) are becoming a popular solution for embedded control systems, mobile applications, and the Internet of Things (IoT). These boards combine connectivity, processor, memory, and input/output. SBCs are a highly flexible solution, which makes them an ideal solution for IoT applications.

The characteristics of industrial SBCs vary by industry. They include a variety of sensors, and are designed to run various applications. A common feature of a SBC for industrial use is an intelligent middleware stack. It can also transmit system health data to the cloud. COMs can be integrated into household appliances, industrial equipment, medical equipment, and surveillance systems. These systems can be remotely managed through a desktop or mobile application. Using real-time IoT solutions, manufacturers can improve the efficiency of massive systems, reducing operational costs, and creating exciting business opportunities.

Open source single board computers are computers that run a free operating system. They are generally based on a GNU/Linux operating system. However, some single board computers do not support free software and require proprietary software to boot. Some even require signature checks on their source code. In addition, many of these boards are powered by a proprietary processor, such as an ARM.

Many SBCs now have powerful enough processors to compete with a modern PC or tablet. As the market for embedded computers grows, more manufacturers will support open source hardware and software.

Proprietary single board computers are designed to function as a single computer. They are typically powered by a CPU, memory, and I/O, and can be used in a variety of ways. The Raspberry Pi 2 Model B comes with a quad-core processor and a full 1GB of memory. These single-board computers are capable of running applications up to six times faster than the original Raspberry Pi. The selection of a single board computer requires careful consideration of factors such as the processor, OS support, memory, and I/O. In addition, consider the support and community behind the product.

What To Look Out For When Changing A Laptop Battery

After The us, Facebook Courting Is Coming To Europe In 2020

The Future of Single Board Computers

After The us, Facebook Courting Is Coming To Europe In 2020

You Would most likely In a while be Able to Make...

Why you should consider getting a splatter ball gun